You are at: home Maja's blog & Articles Children and Spirituality 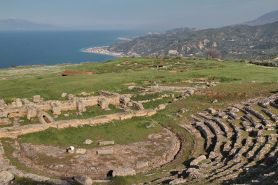 It’s been more than two decades since Pink Floyd protested: “Hey teachers! Leave them kids alone!” in their song “The Wall” that describes the school system as “another brick in the wall”, i.e. another trauma that forces children to build walls as a defence from overwhelming feelings of fear, shame and despair. Since then, admittedly, the system has changed, as indicated for example, by an ever-smaller number of schools that exercise corporal punishment. However, the general care for children’s emotional and spiritual health in schools worldwide has not yet taken significant dimensions.

Usually with the absence of major traumas, children have a tendency to experience spirituality more easily and spontaneously that adults. Evidence of this can be found in the way they explore every element of the nature - the leaves, the rocks, the bugs, the sand - all with great interest - colours, shapes, weight, the way they feel in the hand, the way they feel in the mouth and so forth. Children are not just observing, they are feeling the surrounding, they are literally living it. Moreover, they detect, absorb, and react to energy flows and changes much more intensely than the adults do. So, if these extra-sensory experiences are an in-born capacity, when, and why does it wear off? More importantly, what can we, as aware adults, do to guard this talent of children’s, and help it evolve in a natural way?

One of the essential components is, off course, the loving, non-violent upbringing that fulfils the child’s needs and allows the expression of feelings. Violence of each and every kind will inevitably interfere with the child’s natural cognitive, emotional and spiritual development. But since parents are not the only ones who exert influence upon a child, the approach they will adopt towards child’s other surroundings, such as school, is also crucial for their present and future life.

At very young age children are expected to leave their toys and start writing and calculating, in order to become serious, competitive, and more successful as early as possible. The overdose of the element of “rationality” often met in the devoid-of-feelings education machine, suppresses creativity - otherwise expressed through play and free imagination - and creates potential for the little persons to be “too much in their head”. The habituation to the on-going race in the left brain hemisphere is often what makes people, years later, spend hours in therapy, or meditating, doing yoga or chanting to be able to re-establish the long lost connection with feelings, and to come into touch with their genuine self again.

The exaggerated thinking without reference to other aspects of the self contributes to the development of a pattern of constantly struggling to comprehend everything in a logical way, to “make sense”; oftentimes at the expense of the once possessed “sixth sense” - intuition and connectedness to the universe. "Stop gazing and pay attention!”, “Get serious”, “Use your brain”, “Be reasonable” - and other reminders that many teachers recurrently frustrate the children with, produce such tensions that children may start feeling stressed and on alert every time they “wander off”. This weakens infinitely their natural capacity to function on a lower brain-wave level, which adults use in prayers, rituals, meditations and other spiritual behaviour.

Contemporary education system, albeit not only western, almost exclusively focused on the brain, hardly ever teaches the youth how to stay attuned to their feelings and to cultivate the emotional and spiritual sides along with the intellectual. Were the three allowed to develop hand-in-hand, the conflicting relationship between different parts of the self could be undone and a child could remain, or even become, an integrated human being.

Regrettably, in our civilised societies, the lessons on the moral requirements, the “necessary” codes of behaviour and other disciplinary burdens weigh heavily on young shoulders. The false moral seems to be taking precedence over something as vital for the child as learning how to be open and true to his or her own feelings, and from there, to cultivate empathy towards others. The system seems oblivious to the fact that these natural feelings of empathy - which much of the rhetoric of the false moral claims to be centred on - can arise in childhood and preserve their genuine, pure form in adulthood only when allowed to grow, rather than being imposed.

Therefore, the fact that expanding one’s heart along with the mind receives insufficient attention, suggests that our educational system is in need of revision. But until some major changes occur, what are the parents to do?

Parents can make the child’s school time less painful. Instead of insisting on good grades, best performance and letting go of the “dream-realm”, they can remind their child that it is all right to have fantasies, not to be in the real world at all times, not to be too serious, rational or in control. They can enjoy listening and actively participate in stories that the child shares about imaginary friends and all other imagery that may come forth. But most of all, the parents need to be on their child’s side when a teacher complains that he or she is “too lively”, or too disassociated. They can help the child catch-up with education material to reduce the child’s frustration or potential feelings of inferiority in school, but they need to understand that most commonly, it is the schooling system that suffers from a whole range of defects, not their child.

If trusted and allowed to trust their parents, it will be easier for children to think of their experiences as normal, as opposed to forcing themselves to resist the inclination towards the non-tangible, fantasy world. This in turn may make them perceive school as less stressful and more fun, and acquire education on more relaxed terms.

The intellectual knowledge alone is not sufficient for a healthy development. Parents have a responsibility to help the children maintain and strengthen their link to feelings, to knowing themselves and to the spiritual realm. Many parents who practice non-punitive upbringing do exactly that, and enjoy witnessing the healthy growth of their child. Some schools do as well. Hopefully some day this responsibility will take wider dimensions, and the natural drive to honour children’s spiritual capacities will turn from exception to the norm. Hopefully the children’s need to gather bricks and build the walls will give way to building open, feeling, and healthy relationships with themselves and others.

Recommend to a friend